We are proud to share with you the award-winning series from our 6th international competition celebrating the very best in documentary family photography.

Award winners were chosen during the final round of live-judging filmed in Seattle, WA, USA and subsequently streamed online around the world on December 13, 2019. Viewers had the opportunity to watch the unfiltered discussions and constructive feedback as winners were collectively chosen by esteemed judges Kirsten Lewis Bethamn (United States), Jenna Shouldice (Canada) and Huy Nguyen (United States).

Photographer’s description: Quatrani is the for â€œyoungsters” used in the italian city of l’Aquila. It has been ten years since the earthquake that shook l’Aquila, causing people to end up injured and dead.

The children of what it is now known as The Forbidden City are now 18 years of age and have grown up without a hometown, a safe place they can call â€˜homeâ€™. Nevertheless, these children have managed to find a sense of belonging in the bond they share with one another. They started calling â€˜homeâ€™ the solid friendship they built by going through the same experience with remarkable strength.

â€˜When an earthquake takes away the place you are from you need to find it again. Find it where there not a thing in sight but you have nothing more to ask for than the company of your family and friends. Find it in those who love you.â€™

â€˜Blood is irrelevant when it comes to who I think of as a brother. Those who have gone through my same experience and have stood by me are my brothers.â€™

â€˜They say L’Aquila was beautiful, but how can I ever imagine it?â€™

Voices of the young people who lived through these times

Photographer’s description: Tosya was born in 1927 in Penza region. She was the eleventh child in her family. The girl completed four years of school. Then the war began and the school was closed. Tosya worked in a kolkhoz (a collective farm). In 1950s she moved to Saratov to her elder sister and got married. Antonina worked as a grinder at a machine tool plant, a night watchwoman in an airport, and in a sovkhoz (a soviet farm). She became a widow in 2015. She has two children, three grandchildren and four great-grandchildren.

Photographer’s description: This past spring my children were begging to ” hatch something.” I did not want chickens, we tried that and failed. I decided to hatch ducks. During this lovely, no work incubation process did I ever think about what we would do with the duck once it hatched. This is the story of Charlie the duck and her relationship with my daughter Rose.

Our preliminary round guest judges evaluated every single photo series we received and selected thirty or less of their favourite photo series to move forward to the live-judging round as finalists. Our deepest thanks to talented photographers Cristal Wallin (United States), Rowena Meadows (Australia) and Zalmy Berkowitz (United States) for their hours of dedication during this process. Congratulations to these photographers who were nominated as finalists for consideration during the final round of live judging. 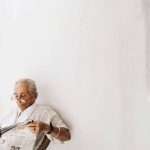